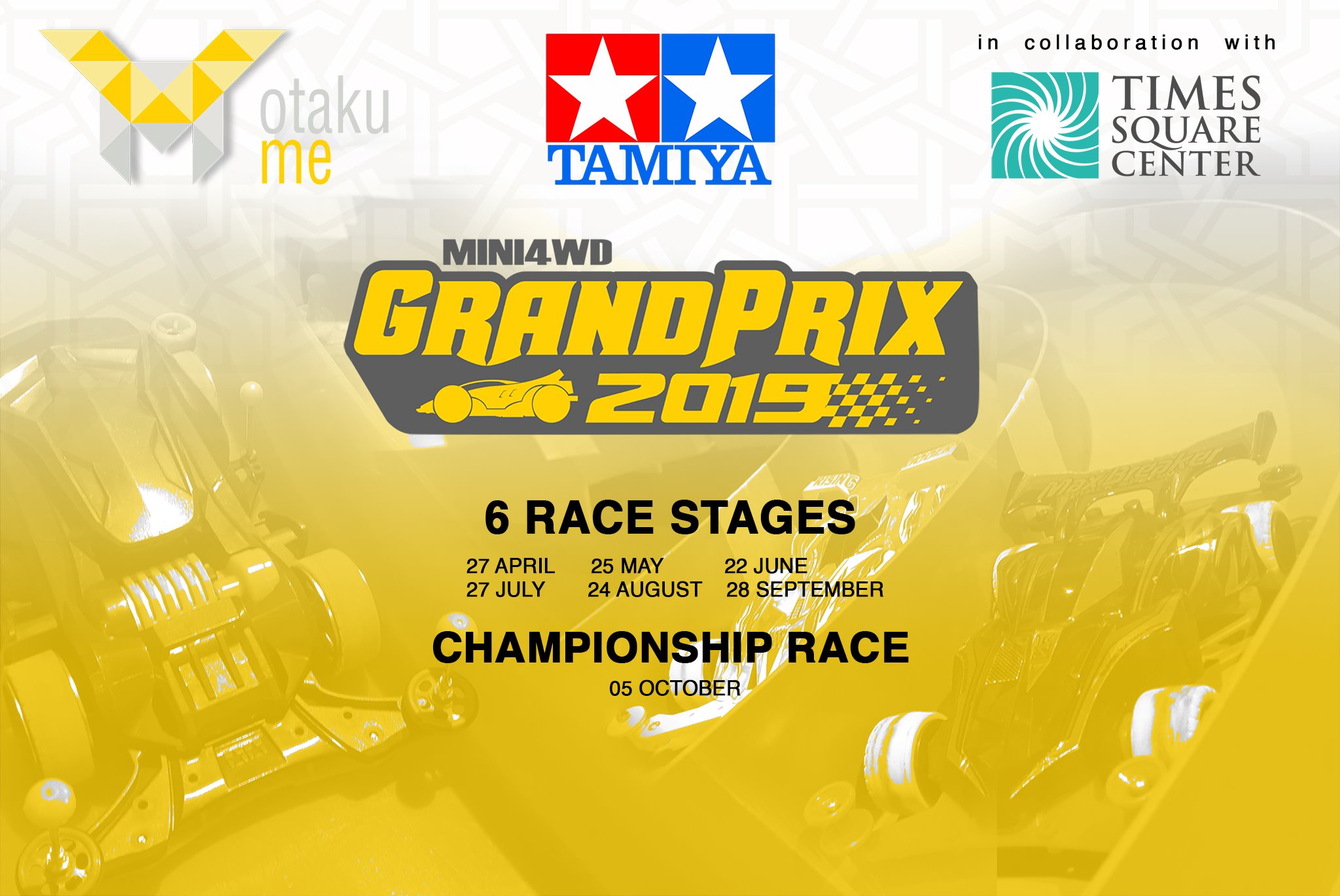 Join the Otaku ME Mini4WD Grand Prix 2019.
http://grandprix.otakume.com/
Take on the ultimate challenge of Mini4WD and push you racers to your limits!
Win the Champion’s Race and represent the UAE for the World Championship in Japan 😉
Tamiya hosts an annual international competition where delegates from all over the globe compete together in a Final Grand Prix race in Japan during the month of November and as Official Tamiya Distributor in UAE, we will be hosting monthly Race Stages open to residents and locals and conclude in one champion’s race this October.
Main Race Stages:
– 27th April – Completed
– 25th May – Completed
– 22nd June – Completed
– 27th July
– 24th August
– 28th September
Main Champion’s Race: 5th October